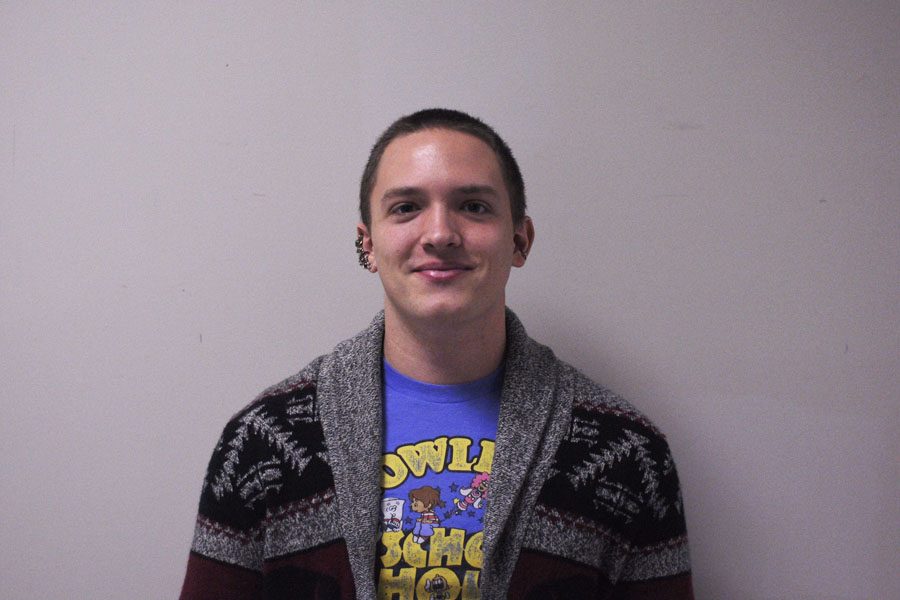 Eight musical pieces for one singer to learn is a lot, but senior Max Byron was ready to perform them in Gaylord, Texas for the chorus nationals in November 2016.

Byron had a lot to do in preparation for the chorus nationals. He commented about it before the competition.

“I have to prepare eight pieces by myself, and I actually got Mrs. Jenner to play four of them for me because I couldn’t find them online,” Byron said. “So mainly it’s a lot of YouTube and me listening to figure it out and work on pitches and singing by myself, and I also had to schedule a plane and hotel and all that stuff, the typical part.”

Byron has been in chorus for four years and is president of the Tri-M Music Society.

“The hardest part, its very time consuming and you have to put a lot of energy into it. If you’re not all there then you really can’t do your best,” Byron said.  “It takes up a lot of time, a lot of energy and its hard especially if you’re doing hard pieces. A lot of math, counting, and sometimes ranges can be a little bit out of your range, but it’s pretty challenging.”

Byron doesn’t want to major in music, but he still wants to be involved in it after high school.

“My favorite thing about singing, it’d probably be expression and also being able to create something within a group of people,” Byron said.

Byron got selected out of the school, then out of the state to represent the Cougars and North Carolina.

“It feels amazing,” Byron said. “I feel very honored that I could be able to have this opportunity.”