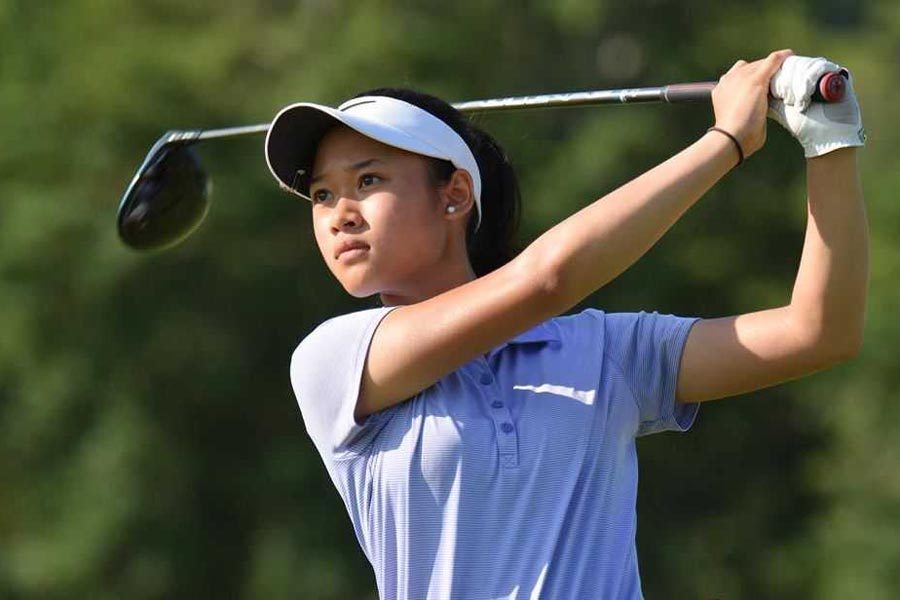 Sophomore Catherine Vivongsy traveled to Naples, Florida on March 15 for a golf tournament. She ended the tournament by tying as co-champions for first place.

Vivongsy has been playing golf since she was young. It is a sport she has always thoroughly enjoyed.

“I began playing golf when I was 9 years old. I got started with golf through a golf camp my parents signed me up for. My parents wanted me to be involved in something, and they chose golf,” Vivongsy said.

Vivongsy pursues her love for golf through the school team and competitive golf tournaments.

“I am apart of a non profit organization for golf called The First Tee. I’ve been a part of that organization for a long time. They chose me to go represent them at that tournament, so that’s how I found out,” Vivongsy said.

While playing in her past tournament, Vivongsy noticed the courses were very different than the ones in NC.

“It was really nice compared to the ones in North Carolina. Their greens are much more consistent and their fairways are really nice,” Vivongsy said.

Vivongsy felt accomplished with how she competed.

“I was really consistent on my long game. I’m not the farthest hitter, but I am pretty accurate with it, so I was really happy about that,” Vivongsy said.

Vivongsy said, “Being apart of the 2019 First Tee Tournament was not only a really good opportunity for me to play golf outside of North Carolina but for me to meet new people and to expand my knowledge in golf.”