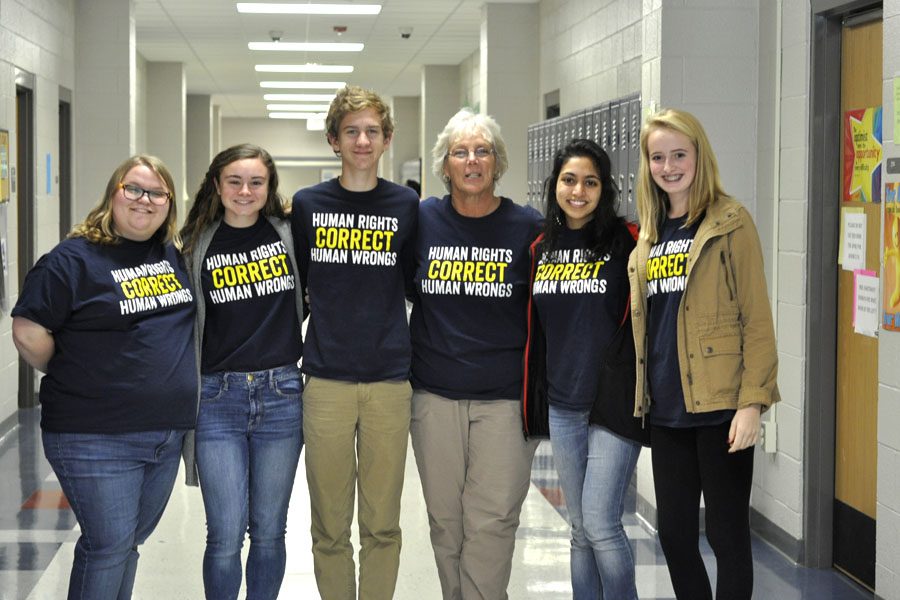 The week of Dec. 11-15, over 250 students at Rolesville, Heritage and Wake Forest high schools wore the same T-shirt five days in a row to raise awareness for a cause.

“All of these people are wearing T-shirts to stand in solidarity with the Rohingya people of Myanmar who are being persecuted by their own government and kicked out of their homes and having trouble with finding refugee status elsewhere,” senior Isabel Padalecki said.

According to a Jan. 16 Associated Press article appearing in the Washington Post “Bangladesh, Myanmar aim to finish Rohingya return in 2 years,” more than 650,000 Rohingya people have fled into Bangladesh as the Myanmar military attacked them in what the United Nations and the U.S. call “ethnic cleansing.”

Padalecki along with the Operation Wisdom club spread the word about the T-shirt fast at our school.

“I love human rights. Human rights is like my air,” Padalecki said. “There’s something amazing about youth activism and a bunch of high school kids who are often doubted in society and told they can’t do much coming together for such a great cause.”

Many teachers and club advisors helped spread the word about the T-shirt fast.

“I bought one, too. I’m going to wear it all week, and I’ve explained to everyone I meet what it means,” history teacher Laura Hartman said.

Padalecki hopes the T-shirt fast will have prominence in the school and a lasting effect on people.

“Just a way for us to make a statement and show that young people care about this issue,” Padalecki said.

Hartman and Padalecki wanted people at our school to get a better understanding of the world during this fast.

Hartman said, “I would like people to get a deeper appreciation of what they have and try to understand that there are a lot of people who have so much less.”