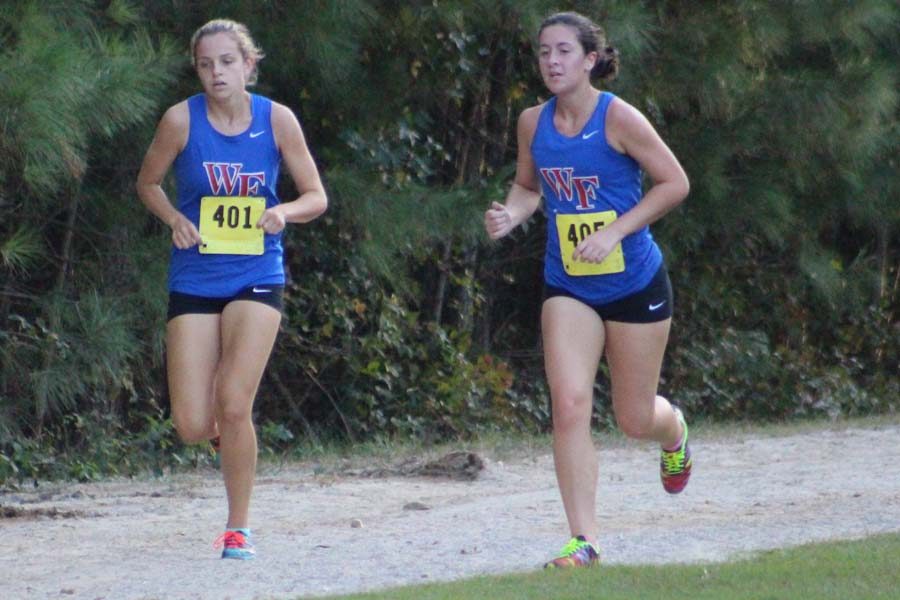 The girls’ cross country team had looked to make its way back to the state meet for the second year in a row. Even though they didn’t accomplish their goal, ultimately they were pleased with the how they ran.

“I think everyone did their best. We did pretty well, but we missed states by six points, so it was pretty close, but I think overall we had a good season, and I’m proud of everybody,“ senior Casey Turro said.

The regional meet came as a pleasant surprise to coach Patrick Marshall.

“I thought they did very well. When you looked at the virtual meet predictions, we were projected to have around 150 points, and we rose into the 130s, so I thought we did pretty well,” coach Marshall said. “I thought we had a shot at placing in fourth place, but it didn’t quite work out. A couple of points here and there, we might have gotten it, but they all ran really well, and we were able to drop points from what we were expected to get.”

Even with the team scoring better than projected, due to the strength of the region, they were not able to advance to states.

Although the team placed fifth in their region, their times were better than many qualifying teams in other regions, based upon the rule that four teams from each region advance.

“I’m disappointed for them, they worked really hard. I would have liked to see them go, but I feel like they gave their best possible effort, and sometimes it just doesn’t all work out your way. I would have liked for them to get there, but I don’t think that there is anything we could’ve done differently,” coach Marshall said.

Erin Spreen was the only girl to advance to states this year.

“I feel upset that we didn’t advance as a team because I wanted the whole group to go, but I’m happy that I at least get the chance to go myself,” sophomore Erin Spreen said.

Spreen contracted a respiratory bug just prior to the state meet that hampered her performance. She finished 70th, less than she would have liked.

Even though the team didn’t advance to states, the team has a positive outlook on the season.

Junior Sydney Quate said, “I feel like a lot of individuals got better and faster this season. It was more of a productive season than I think last years was.”