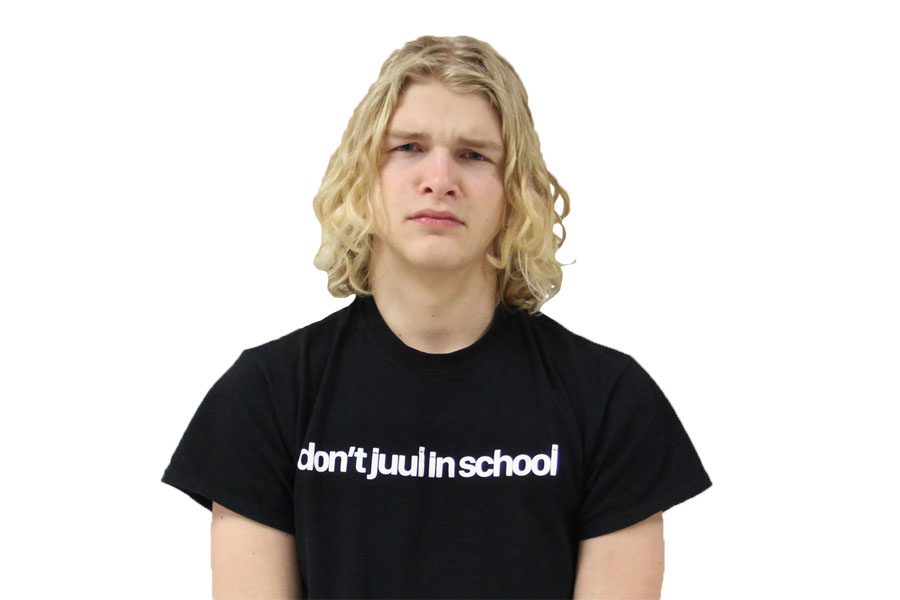 According to the National Institute on Drug Abuse every 7 out of 10 teens are exposed to electronic cigarette advertisements. Just in the last year or so, the vaping (or juuling if you know the slang) trend has skyrocketed.

It is one thing that teenagers are putting these damaging chemicals in their body but it’s another thing when it occurs on school campus.

Don’t get me wrong: walking into a bathroom that smells like a vaporized fruit salad isn’t something I personally would complain about, but with kids skipping class time to all bundle up in a stall to get a quick “buzz” out a flash-drive looking device might run into some issues.

At the time, the FDA wasn’t pushing any type of precautions towards teen vaping. It motivated me to take some sort of action myself.

That’s why over this past summer before everyone returned to school, I decided I was going to run a campaign against this epidemic. With vaping companies appealing to teenagers on social media and other video platforms, I needed a way to divert these teens’ attention to something else. So, I decided the best way to advertise my anti-vaping ways was to create T-Shirts.

The most popular E-cigarette on the market currently (holding over 70% of sales) is a company called Juul. They have a sleek, thin design, where when you see it, it looks like a traditional USB hard drive. Because of its small size, it’s the easiest to hide while on school property. Sorry for snitching, little ones.

I think a lot of my peers are unaware of the negative consequences that come from having this type of stuff on campus. I’m not just talking about health problems. Getting caught with something like this can affect the colleges you get into in the future.

I put the two subjects of this national epidemic together, “Juul” and “School”, and made a catchy phrase:

There’s no better way to advertise a good cause than to basically be a walking billboard. I started this campaign at the beginning of the 2018 school period, and now with this semester wrapping up I have sold over 50 shirts to different teenagers who will now all stand up together and strive to motivate the rest of the high schooler’s to live a nicotine-free lifestyle when on their school campus.

Although some people wear the merchandise sarcastically, there’s no denying that it still sends the message out. It was a fun little project that I enjoyed doing and in the long run I think it can spread a lot of positive awareness.