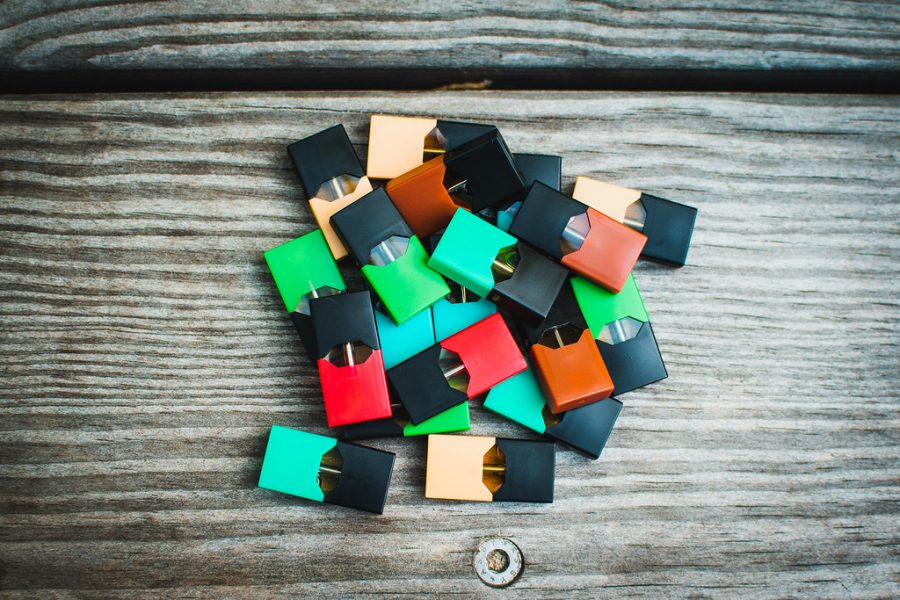 The risks of vaping are becoming increasingly more dangerous. It started off with people sharing stories via social media about collapsed lungs, but it is now to the point of talk shows talking about the risk towards brain development.

On the morning of Oct. 10, NPR’s Jon Hamilton did a story about the effects that vaping nicotine can have on adolescents’ brains, titled

“How Vaping Nicotine can Affect a Teenage Brain.”

“Nicotine mimics a substance we already have in our brains, so it can affect learning and memory and brain development. Young people who vape are more likely to develop brain disorders like ADHD,” Hamilton said.

“I have always felt apprehensive towards vaping products simply due to the short time that they have been available and the unpredictable health effects that they might have, especially with heavy use,” junior Max Langley said. “The recent deaths and illnesses related to these products have proved to me that there are obviously serious unintended effects linked to vaping, making me less inclined to buy products.”

The recent news stories have caught teenager’s attention and have become a topic of conversation and worries within high schools.

“I think that these deaths need to be a huge concern, and all vaping products should be illegal before it becomes a huge danger to all people,” senior Christian Haseley said.

Along with the recent possible illnesses, professionals have studied the potential long-term effects of vaping on teens.

“A low dose exposure of nicotine to adolescents increases the rewarding properties of other drugs like alcohol and leaves long term changes,” Hamilton said. “Sweet flavors can make the nicotine more pliable in the oral cavity and also act in the brain to increase nicotine taking.”

The amount of teens addicted to Juuls is most likely related to the fact that Juuls release a higher level of nicotine to the brain and activate it’s dopamine system. Teens are worried about their friends who, despite all of these new developments, refuse to quit.

“A negative connotation always comes to mind when I thought about the use of vaping. I personally never used a vape, but I do know people that have. The recent deaths should help open the eyes of us teenagers. Kids clearly know it’s bad for them and still don’t end up stopping because they think ‘it could never happen to me’ when in reality it could,” junior Sara Nyarangi said.

Vapes and Juuls were created as a healthy tool to help people end their addictions, but teens have taken them and created a whole new addiction of their own.

“The fact is they were originally created as a step down from smoking cigarettes in order to help people quit. However, that also makes them a step up towards smoking cigarettes for those who don’t smoke cigarettes already,” junior Natalie Russell said. “Therefore, for the market to use the juices and colors to attract teens was a bad idea from the beginning. They led teens all across the country to a nicotine addiction.”

Some professionals believe that if they ban popular flavors and make everything more expensive, it will lessen the amount of usage among teens, and some students feel the same way.

“I believe vaping should be banned because of the recent deaths and the uncertainty we have medically on what they do to the human body,” sophomore Michael Comstock said.

The recent findings of the effects of vaping mimic what happened years ago when people discovered how cigarettes affected people.
Senior Fatmatta Kuyateh said, “When we look back at the early 20th century, cigarettes were seen as a ‘cool’ social activity to partake in. The current vaping epidemic is identical to when people were ignorant of the effects of smoking. The effects of vaping are for the most part unknown. I feel as if our generation is the guinea pig of figuring out how vaping damages people’s health.”