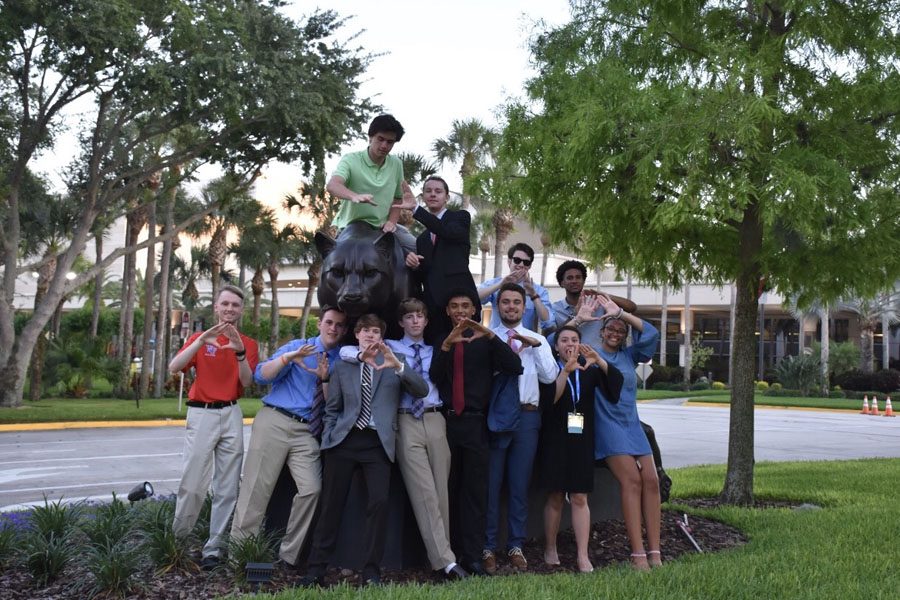 The students joined more than 10,000 other students from across the United States and world, hoping to be named an international champion.

Although none of them made it as finalists, they still had a good time and share their experiences.

“At first it was just a club that I could join with my friends to just do something at school but after I joined, I realized I really liked marketing, so I stayed in it. I learned how to talk to people and met a lot of friends,” senior Colby Price said.

Senior Lily Frye enjoyed the camaraderie with her schoolmates at the Orlando event.

“My favorite part about the experience was probably meeting new people because I know everybody that goes on the trip but I don’t know them very well and when we come back we’re all really good friends,” senior Lily Frye said.

Attending the IDC, isn’t just about business. There’s also time to relax and have fun doing other things.

“We went to Universal Studios and played at Top Golf. It was fun to be able to hang out with everybody outside of the competition,” senior Harris Trail said.

Donald Hartsfield, senior, competed in the entrepreneurship/promotional project event. He proposed a topic about helping younger students grasp these concepts.

“I did a written topic and basically I chose to work with Wake Forest Elementary Boys and Girls Club with fourth graders and middle schoolers to help them learn about entrepreneurship,” Hartsfield said.

According to senior Yamileth Flores, there’s always room for improvement regarding DECA competitions.

“I would have improved actually asking for help and asking experts and professionals for help so my project would look like a real life presentation,” Flores said.

“I’m proud of me and my partner and that we put on a good performance for the judges and did well on the test,” Guccio said.
The unity of hard work and eagerness to progress through DECA are what Trail encourages other to experience in the future.

Trail said, “Try your best and if you make it to states trust me it’s worth it to go to nationals.”