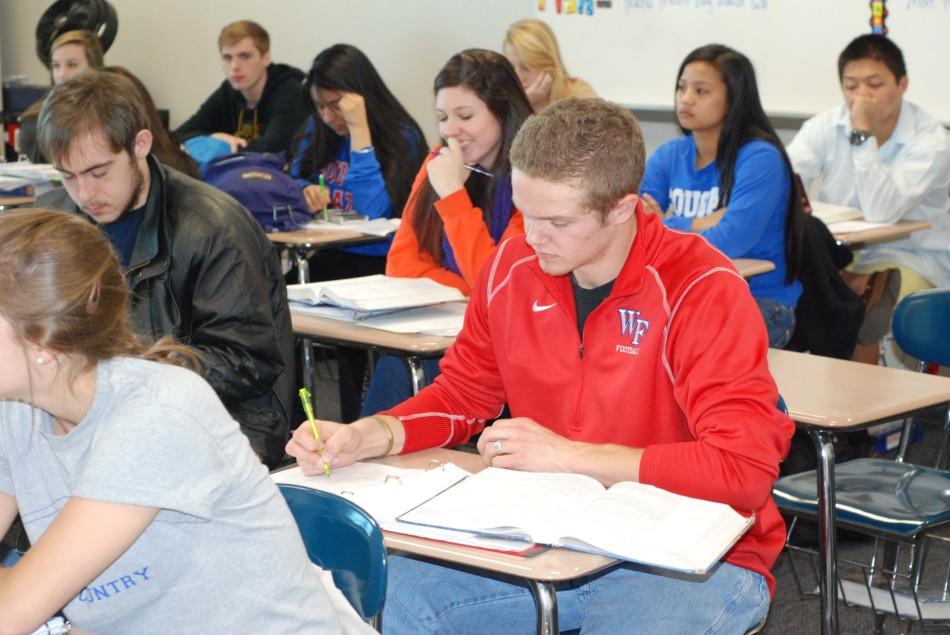 Though students get their report card every quarter, the school only gets theirs once a year. This year the school’s report card showed how we did on the EOC in Biology, Math I and English II.

In English II we had 63.4 percent of students at or above grade level on the EOC, which put us even with the district and over 10% higher than the state.

On the Biology EOC, we had 65.3 percent of students at or above grade level compared to the 58.7 percent in the district, and 45.6 percent in the state.

In Math I, however, we did not do as well as expected. Only 10.2 percent of students were at or above grade level compared to the 48.5 percent in the district, and 36.3 percent in the state.

“Math I was a very different curriculum. I’m not too sure if the subject area is harder. I would want to believe that it was a brand new course almost, and it’s taking in pieces not just from Algebra, but from different areas in math, so it makes it a lot more difficult,” said Candis Jones, assistant principal in charge of data.

This year the school has done a lot to try to raise all of the EOC scores, especially the Math I scores. These strategies include doing pull outs for students who need the extra push to succeed in classes that they may be struggling in.

“I believe that the Math I teachers themselves, they are the ones that do most of the work. As an administrator we have to provide the structures to allow teachers to do their best work,” Jones said, “I think some of those structures are to make sure that they have common planning time so that they can sit with each other and plan together, create common assessments together, look at data together, look at intervening for students who aren’t doing well together.”

All of these strategies have produced promising numbers for next year’s report card.

“Already for all three areas we are either at, or well above the percentage where we were for the entire school year last year. So based on our fall data, we are already exceeding expectations,” Jones said.

Jones said, “A lot of it deals with what happens in the classroom.”